Still to see: 'Man and Beast' - figurative ceramics (until 24th of March).

PENNY GREEN
Yorkshire born, Penny studied stage design at Birmingham and the Slade and was a costume and dress designer before turning to clay. Initially working in a loose English Delftware style, she took the Ceramics Diploma course at the City Lit in London and her work gravitated to this current synthesis of figures placed in a context in which to perform, characters in a drama.
The framework of platforms, plinths, ledges and spheres gives her an opportunity to treat the surface and figure in different ways and provides more material for telling the story using many historical references in a cocktail of ceramic techniques. 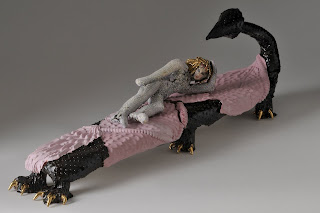 She lay on the beast 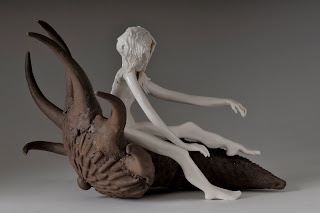 Psyche and the abominable beast 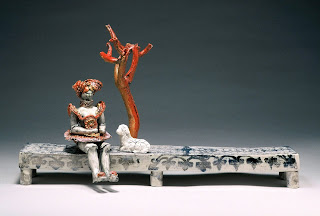 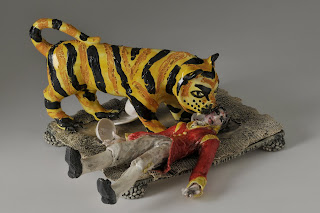 Never trust a tiger whilst taking tea
CHRISTY KEENEY
‘My work is based around the figure and the human head. I try to bring across a sense of identity in each piece I do. The clay is stoneware clay containing flax and fine grog, which I paint with velvet underglazes and oxides. My firing temperature is 1040°C at bisque and 1140-50°C for glaze firing’. 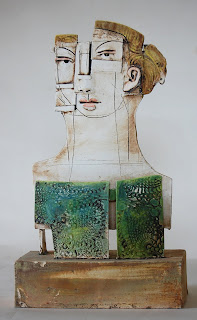 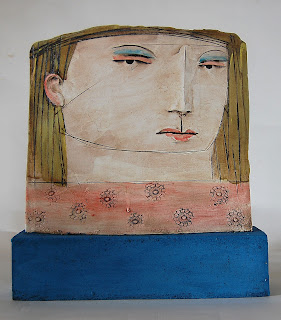 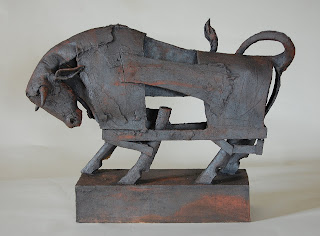 Bull
SUSAN O’BYRNE
‘My ceramic animals are creatures that inhabit other, imaginary worlds. Each animal is inspired and informed by my perceptions of what that world might be like. During making I’m engaged in a dialogue with the work; I need it to lead me and surprise me. I sketch out a wire framework, onto which pieces of patterned porcelain paper clay are added. It’s impossible to prevent the thin wire meandering this way and that; elements of chance like this and the shrinkage of the clay around the framework during firing are allowed to help dictate the final posture of the animal’. 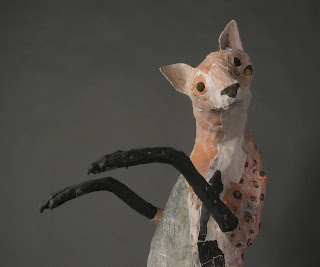 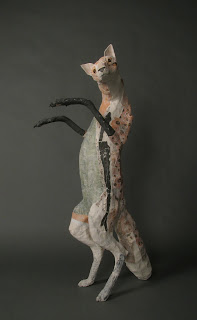 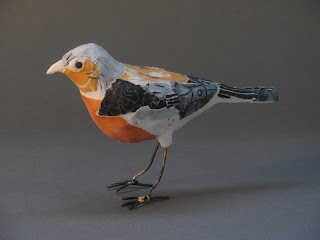 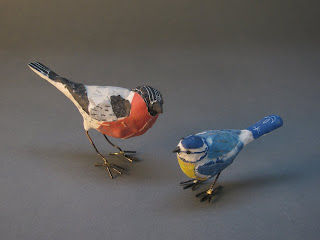 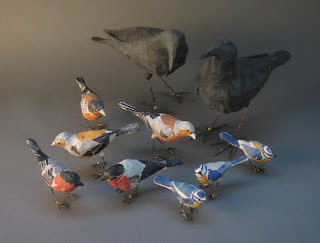 Group of birds
MARIE PRETT
Marie’s work is about the human and animal form, with an interest in the narrative of the magic of transformation, an expression of the desire for mischief, passion, and wild magic, with snippets of everyday life thrown in. Her work has been described as ‘sensual and gently mischievous’. She says of her work, ‘It is my constant aim to create an infusion of energy, movement, colour, and humour in each piece, to inspire curiosity and to make people smile.’ In December 2010 Marie opened the Singing Soul Gallery, a contemporary art and craft gallery, showing work from many leading artists and craftspeople. 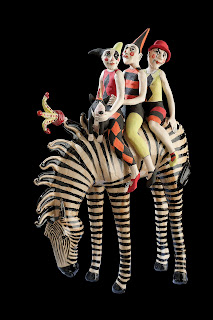 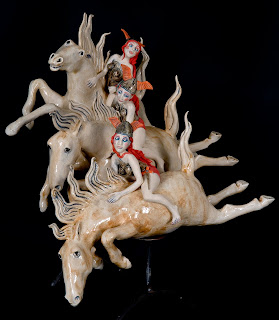 JENNY SOUTHAM
‘Recently, a number of new directions have opened up with my figurative sculptures. These include a large series of small individual sculptures of birds and trees where I find the high level of decorative painterly detail highly absorbing. I have also begun a series of large statuesque horses decorated with glazes. I find the challenge of working with a full range of scales invigorating. The latest pieces have moved my figures into a group of night-time scenes, where humans and wild creatures interact in hidden glades. This doesn’t mean that I have abandoned any of my previous narrative approaches, which continue to flourish’. 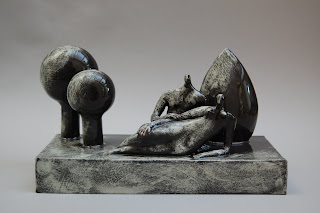 Couple enjoying the moonlight in a forest glade 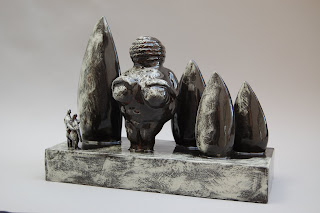 Couple coming across a monolith in the forest 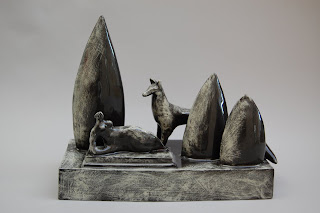 Woman pretending to be a sculpture in a moonlit glade 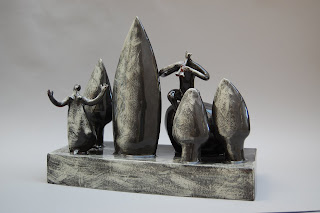 Satyr and woman dancing in a silvery glade
Email Post