Like many of our makers, Chris Turrell-Watts route into working with clay was supported and encouraged by inspirational teachers. Caught by the closures of courses around 6 years ago, (one of the inspirations for this blog stems from this time: to highlight the importance of good teachers and also to uncover alternative ways of learning about ceramics), Chris co-established the independent Southport Ceramics Studio, now Baltic Clay, which supports other makers and runs classes for beginners.

More recently, the opportunity to develop his personal practice has led Chris to explore his interest in myths and folklore and how people use storytelling to deal with the world as they see it.

Chris explains: "I was fortunate to have a great ceramics teacher at my secondary school called Mrs O Hara who encouraged me to work in clay and develop my interest in exploring 3D forms. She was the first to see my natural tendency to work with materials and create new shapes.

After that, I carried on with a Foundation course at Barnet College and then a degree in Wood, Metal, Ceramics and Plastics at Brighton. A good teacher is always important and, again, I was very lucky to have an open and encouraging tutor called Sean Hetterley, a fine artist and ceramicist who was supportive and allowed us the space and time to develop our own way of working in clay and nurtured a sense of discovery and exploration. 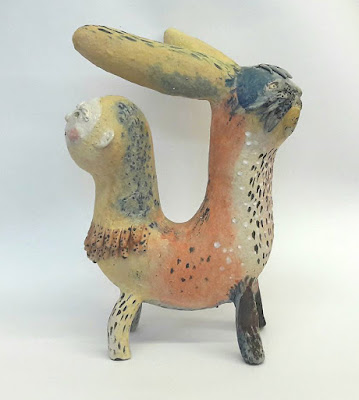 I graduated in 1992 and spent the next 12 years in Brighton making and teaching. I taught for a while at Central St Martins at the Foundation Course as a Visiting Lecturer and as Lead Tutor for Ceramics.

In 2004 I moved up to Liverpool and got a job as Ceramics Technician at Southport College which had a great ceramics department. The lead tutor was Don Parkinson who had run the workshop since the 70’s but like many other ceramic departments in colleges and universities across the country, it was closed down and we were both made redundant. We decided to take a huge risk and bought some of the equipment from the workshop and set up as the independent Southport Ceramics Studio just over 6 years ago. We learnt a lot about running a business and how to be self-employed, how to advertise and promote the studio as well as everything else! The studio was struggling and three years ago I decided to move the studio to the heart of Liverpool and it’s gone from strength to strength there. We are planning another move in order to expand as demand is so strong. 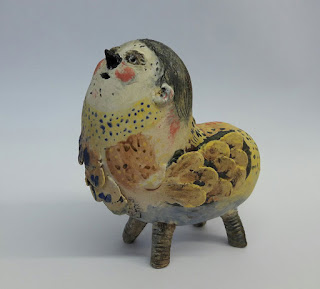 The last few years have also given me the opportunity to concentrate on my own work which has gradually developed in to something that is satisfying and substantial. I’ve always been interested in myths and folklore and how people use storytelling to deal with the world as they see it. My series of Wonderbeasts explore notions of hybrid creatures and I find inspiration from looking at Medieval illustrations of animals and how they imbued then with magic and mystery. The natural world must have been a very real and dangerous place for people and it was used as a way of telling stories both moral and ambiguous. We are surrounded by fact and logic and I like to try to and remind people that there is still a little magic and mystery left to see." Chris Turrell-Watts 2019 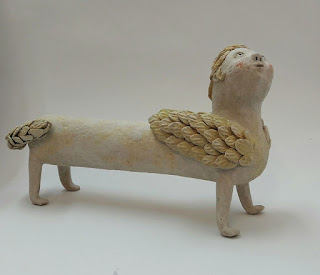 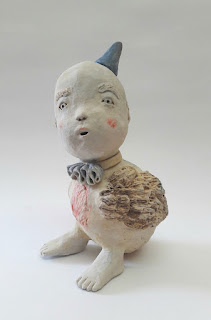