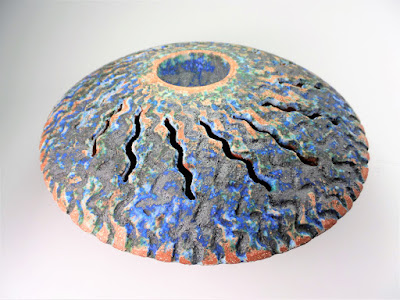 My first introduction to clay was at secondary school in South London. The Art department was well equipped and included a seperate pottery annexe. I think this must have been a unique facility at the time. It was run by a Mrs. Pryke, an enthusiastic teacher. I loved the place and wanted to spend all my time there. After leaving school I was accepted at the local Art College in Sutton, Surrey and embarked on a four year diploma course with two years foundation, this gave me the opportunity to experiment with many different materials. 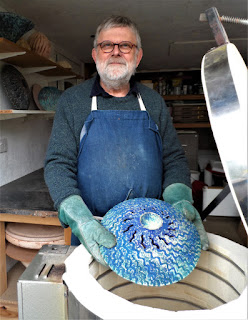 During the last two years I studied Graphic Design with an emphasis on drawing and design skills which remain an important part of my design process today. I left College with a Diploma in Art and Design and no clear idea of what I wanted to do. After a brief time working in the commercial art world I realised that I wanted to do something more practical. A friend was leaving his job as studio assistant at my old art school and suggested that I apply, I did and got the job. I was general dogsbody at first as I had limited knowledge of ceramics, the duties mainly consisted of pugging clay and packing kilns. Over time and with help and encouragement from some great members of staff I developed more knowledge and skills. At that time Brian Starkey was head of department and Walter Keeler and Terry Bell Hughes were part time members of staff. 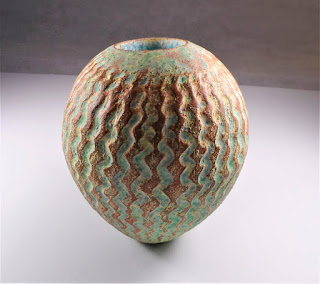 "The forms and textures are inspired by nature and the effects of ageing, corrosion and erosion."

In 1979 I accepted a post as senior technician in the ceramics department at Coventry University, then Lanchester Polytechnic. I moved with my family to the midlands and bought a Victorian house in Royal Leamington Spa, the house had a large cellar which I converted into a workshop as it was damp and cool and perfect for working with clay. I spent some of my spare time developing my own work. I joined the Midland Potters Association and exhibited with them for a number of years. In 2006 I had the opportunity to take early retirement from my post at Coventry University. 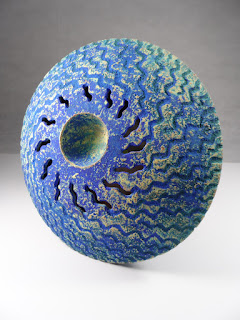 In 2009 my wife and I moved to the Forest of Dean in Gloucestershire. After a long search we found a property with an outbuilding that had power, lighting and plumbing which we both use as studio space. The close contact with the forest is a continuing source of inspiration for my new work. The forms and textures are inspired by nature and the effects of ageing, corrosion and erosion.The textured surfaces suggest the wearing away by wind and the drying and bleaching of the sun. I am currently working on a range of double walled bowl forms which allows me to play with both the positive and negative spaces. Each piece is uniquely constructed using hand building techniques incorporating slabbing, coiling and press moulding. I use simple plaster moulds which I design and make myself.

"The close contact with the forest is a continuing source of inspiration for my new work."

The pieces are assembled using a sandy red earthenware clay body by joining two or more sections together using slip. The assembled work when leather hard is often carved and incised before being decorated with coloured slips, the desired effect is a strong sense of surface pattern. After bisque firing to 1120 degrees I apply a number of dry matt glazes. The pieces are then fired to 1060 degrees. I often rub back and re-apply glaze between firing in order to produce the effects I want to achieve.

"Working on a range of double walled bowl forms...allows me to play with both positive and negative spaces." 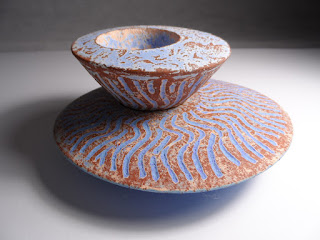