'A major influence for me was early Islamic pottery...'

This week we profile maker Owen Thorpe whose joyfully decorated ceramics feature enamels, lustre and an irreverent sense of humour...

'Though I was eight years at Art Schools it was only at Teacher Training in Bournemouth Art School that I was introduced to sculpture and pottery (thumb pots and coiling). 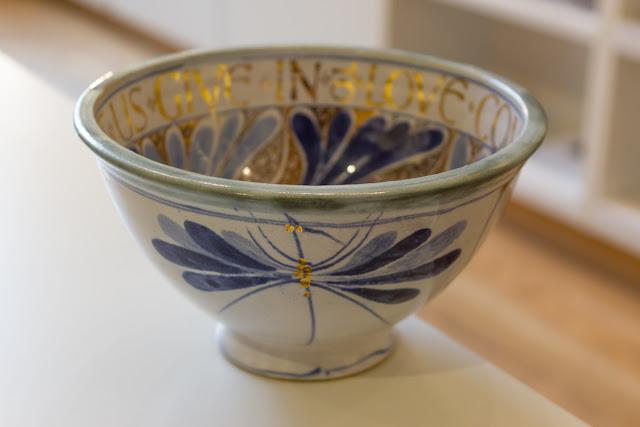 After interesting, but unsuccessful business ventures, I teamed up with an art school friend and we worked in a double garage to LEARN pottery. Mich Casson popped in to giggle at our efforts but was an enormous help.

"With that inspiration, I don't know whether I can claim to be self-taught but came through the learning process with an idiosyncratic approach to studio pottery." 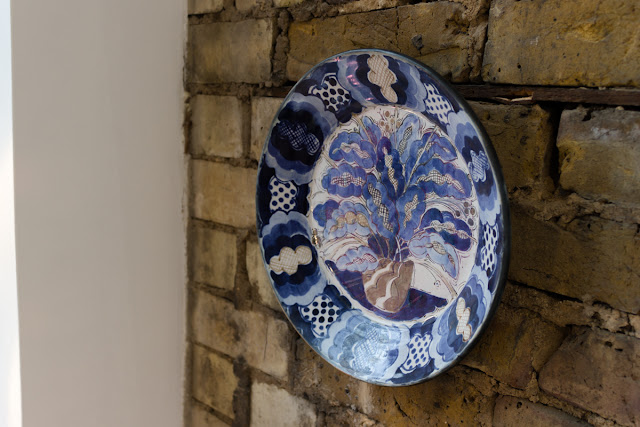 I never really understood the Craft fascination with certain pottery from the Far East.The dead hand of the Leach tradition has finally waned but great work came out of Japan that he ignored. 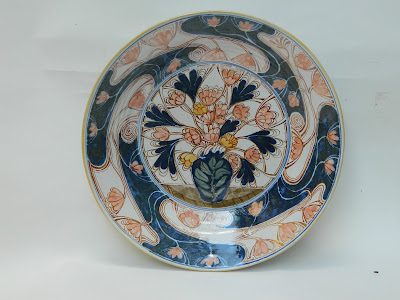 I love the strident Imari pots in the Holburn Museum, Bath. A major influence for me was early Islamic pottery which has a warmth about it not found in technically perfect Chinese ware.

When I retired from making domestic ware, after a long illness, I wanted to use my painting and printing background more in my pottery. A miss-spent youth in an Advertising Agency gave me the lettering skills (long before letterset and computers). My celebration pottery grew out of all this. Recent plates use abstract, symmetrical brushwork, related to carved rims, to break up the shape in many different ways. Enamels and lustres are used to link and contain the free brushwork, and texture to produce a shimmering surface.' Owen Thorpe 2018