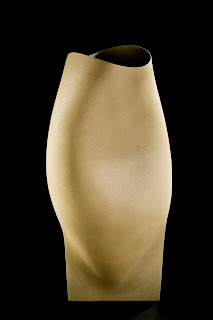 Originally from Egypt Ashraf Hanna trained in theatre design at Central St. Martins College of Art and Design 1991-1994. Discovered clay in 1997 and set up studio in 1998 and has enjoyed several years of success in this field.
In 2009 he returned to college and undertook an MA course at Royal College of Art graduating in 2011.
This is his first solo show since leaving college.
Ashraf says about his new work:
‘My work is concerned with exploring form through scale, colour, texture and material. These elements inform our perception and understanding of form. Scale determines the space an object occupies in relation to the wider space, other objects and to us. Colour, whether bright, soft, intense or vivid has a powerful effect in defining the character of a form. Textural treatment invites us to examine the tactile qualities of the surface and what role this has in influencing our ability to read and comprehend a form. This is further emphasized when choosing the material, whether solid, dense ceramics or translucent glass.
I am interested in the lines and spaces that develop through both the manipulation of the volume within the forms and their physical relationship to one another. The interaction between sharp and organic lines creates subtle and sometimes pronounced curves that invite the eye to engage with the sculptural aesthetics of the form’.

You can read more about Ashraf's work in the current Ceramic Review (issue 251) where Amanda Fielding has written an in depth article on his work. 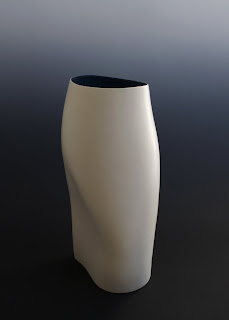 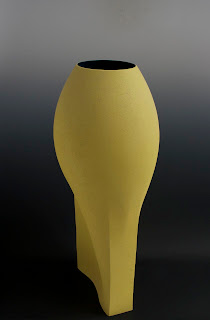 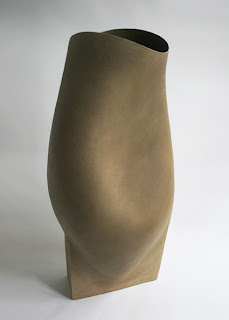 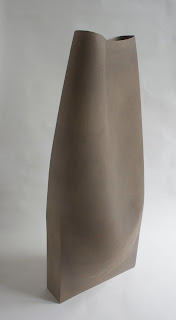