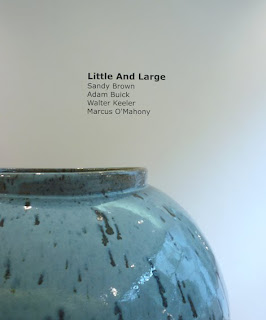 Little and Large is a showcase that brings together four makers who work with scale and explore how the dimensions of an object influences its presence in a room and how we respond to it. This showcase illustrates a diversity of process and approach; Sandy Brown's spontaneous method of making and decorating contrasts with the more controlled and particular nature of Walter Keelers' pieces whilst Adam Buick demonstrates the effect of using the same form whether bigger or smaller. 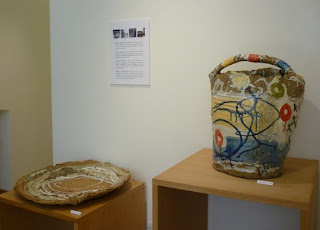 Sandy Brown is famous for her spontaneous use of clay and decoration. Working intuitively and directly the same energy can be seen in both her larger objects and her smaller more intimate pieces 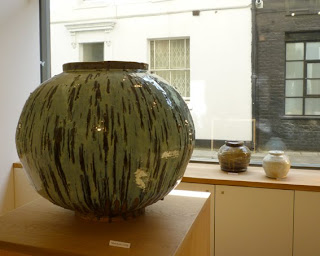 Adam Buick's vessels reference the form of ancient Korean Moon Jars. Moon Jars represented the epitome of the austere Confucian virtues of purity, honesty and modesty. Adam was so inspired by this pure form that he now uses it as the composition for his work.This celestial form is for him symbolic of the planet, his fascination with landscape and how humans have utilized and perceived it.

Walter Keeler is known internationally for his distinctive salt-glazed and earthenware pieces. His shapes are informed by eighteenth century Staffordshire pottery, the forms of Roman blown glass and old fashioned metal milk churns and oil cans. Keeler's work is functional in origin whilst being playful and challenging. Marcus O'Mahony fires his work in a three chamber wood kiln and a salt glaze gas kiln.He is fascinated by the interaction of salt and wood fire with the clay. These methods of firing enhance the form and are a source of constant inspiration.