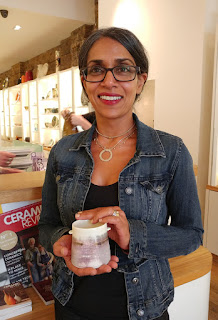 ...armed with my very basic portfolio, limited ceramic knowledge but an immense desire to learn, I applied...

Like many others, my path into the world of ceramics was a circuitous one. My first memory of clay was at secondary school. There, we were taught by Mr Jones, a laconic man who didn’t seem to care much for children but was an inspirational teacher. By age 14 I was hooked. My chemistry teacher, who suggested my time could be better spent in the pottery department, ironically facilitated this and ceramics ended up forming the majority of my ‘O’ level art portfolio. 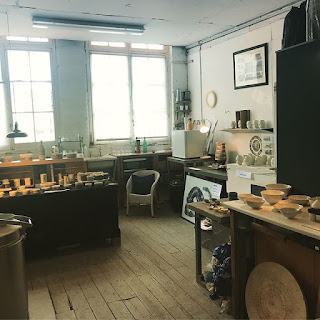 After ‘A’ levels, I spent a few years temping and travelling, seeking out evening classes when I could. One of these proved to be a turning point. My tutor, Norma Wall, suggested that I looked into to the then 2-year HND Harrow course, which was practical as well as creative. It sounded perfect, so armed with my very basic portfolio, limited ceramic knowledge but an immense desire to learn, I applied and was accepted.

By this time it had turned into a 3-year degree course and was more immersive than I could have imagined. Back then, the financial constraints of college were not as acute as they are now so I felt it was possible to indulge my passion. I was with a diverse and talented group of students and we were lucky with our amazing tutors, including Kyra Cane, Christie Brown, Mo Jupp and Dan Kelly; we pretty much lived and breathed ceramics for those 3 years.

There was a great sense of camaraderie in the studio...

After the course, a group of us decided to find a workshop together. We discovered a huge railway arch in east London (complete with an enormous electric kiln), which was already established as a pottery. It was summer and I don’t think any of us anticipated quite how cold it would be during the winter months! Along with Daniel Smith, Alice Mara and Hilary Roberts, we reinvented it as Archway Ceramics. Over the years, we were joined by Mo, Victoria Jardine and Kirsty Adams. There was a great sense of camaraderie in the studio and I learned so much from each of them. 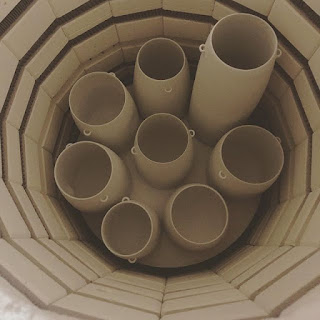 When I left Harrow, the glazes I had developed were reduction ones but without access to a gas kiln I needed to develop new ones, which would work in oxidation. It was a challenge to find glazes with the same qualities that I loved in my reduction glazes but oddly liberating not to have to babysit my kiln!

I still use some of the glazes I developed then, and have quite a limited palette, as I prefer using oxides and layering of glazes to build texture and a variety of patinas in my work.

the magic of clay

Having a family slowed me down considerably. With small children, I was less able to get into the studio so I made more at home. The constraints of time, a kitchen table and inquisitive children meant I rediscovered the joy of hand building and discovered slip casting. But I missed throwing regularly so after a brief period at the wonderful Kingsgate Studios, I finally built a workshop in my garden.

This latest chapter has proved hugely rewarding. It has serendipitously coincided with a resurgence in the interest of ceramics. As well as my own practice, I’ve returned to teaching, establishing local after-school pottery clubs for children and I’m excited to be introducing a new generation to the magic of clay. 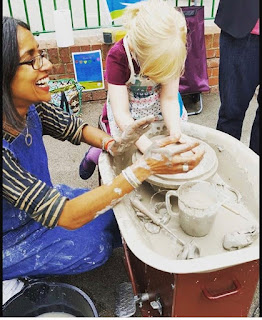 Jacqui graduated from Harrow in 1994, gaining a BA(Hons) in Ceramics. Before embarking on the course she travelled extensively around South East Asia and the Caribbean; these experiences, and the urban landscape she works in, have been a great influence on her work. She produces a range of mainly thrown ceramics, working in series and making one-off pieces. She uses richly textured and vibrantly coloured glazes to achieve a patina of depth and variety. The vessels are used as a canvas to explore the limitless combinations of texture and colour. This unpredictability ensures that no two pieces are the same. 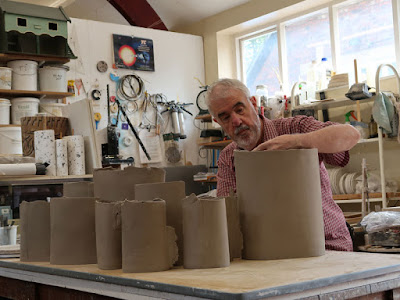